(JUNE 29, 2016) — It is with great pleasure, honor and excitement that we present to you The Bible 2, the righteous sixth studio album from Phoenix, AZ-based cult garbage pop veterans AJJ, coming out on August 19. Digital and physical pre-orders for this work of art are currently available at thebible2.buzz.

With only a microscopic budget and a violent urge to create the most amazing music video of all time, AJJ and director Joe Stakun immediately got to work. Visually stunning, remarkably clever, and miraculously filmed in just one take, the new music video for “Goodbye, Oh Goodbye” is currently available for viewing on Noisey: STUFF THIS UP YOUR BUTTS, OK GO: AJJ’S EPIC NEW VIDEO IS THE NEXT VIRAL HIT 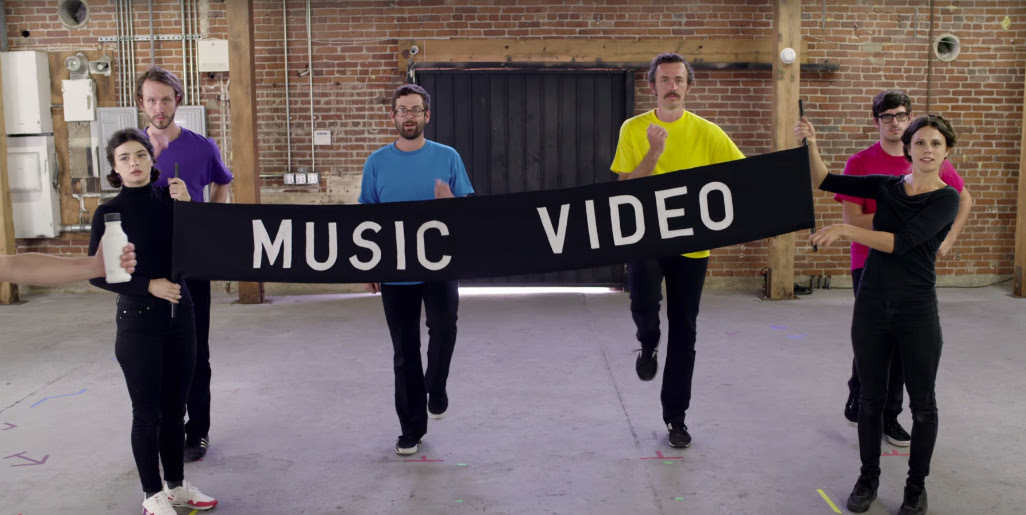 To celebrate the release of The Bible 2, AJJ will embark on a short headlining run of shows throughout the Southwest. The record release tour includes two shows at Phoenix, AZ’s Rebel Lounge, a stop at Los Angeles’ stunning new Teragram Ballroom and more.

Tickets for the dates go on sale this Friday 10AM at thebible2.buzz.

For their sixth album, AJJ chose to reinforce their strengths and leave any limp frivolities behind. They reconvened with producer John Congleton (St. Vincent, Xiu Xiu, Chelsea Wolfe), who oversaw 2014’s sonically expansive Christmas Island, but recorded and mixed the album in a mere nine days, having arranged most of the songs during tour sound checks and down-time in the van. This made for a confident stride into more elaborate arrangements and wider dynamics while staying just as dour. They also opted, amid some sensation, for the simplified band acronym (previously Andrew Jackson Jihad). Singer Sean Bonnette told The A.V. Club that, among many reasons, the change cleared a space for new imagery and allowed their music to define them, not their band name.

As a result, their new album, The Bible 2, is AJJ’s most ambitious and assured collection of scuzzy punk screeds, employing even more production heft while sparing none of the vulnerability. The album’s mantra is placed right at the center: “No More Shame, No More Fear, No More Dread.” The Bible 2 finds the band choosing intimacy over isolation, gravity over the vacuum, the stage instead of the scene. The album is also an examination of boyhood from an adult distance, putting some of its tumult and pain to rest. It’s also the most impressive work of Bonnette’s, who has honed his confessional lyrical prowess into a punk inflected mire of Trent Reznor’s unrestrained turmoil, Jamie Stewart’s profane gallows humor and a touch of David Berman’s surreal quotidian imagery.