Following their just-wrapped massive Ones To Watch Presents: flor North American tour, Los Angeles, CA alt-pop band flor have announced an additional 2020 US headline tour in support of their latest album ley lines. The tour will be stopping in Tucson to play 191 Toole on February 8. Winnetka Bowling League will provide support. Pre-sale tickets will be available starting tomorrow, and general tickets will go on sale this Friday, November 15 at 10:00am HERE.

Advanced tickets go on sale Friday November 15, but you can get yours before the general public with our pre-sale password (Psyko Steve Presents presale running November 13 at 10am until November 14 at 10pm).

The Legendary Pink Dots are coming to The Rebel Lounge on Oct. 22 and for ONE DAY ONLY we’re offering 2 for 1 tickets! The Netherlands-based rock band is celebrating their 40th Anniversary and their newest record Angel in the Detail.

The Regrettes just performed their song “I Dare You” live on Good Morning America, check it out!

We’re giving away a pair of tickets to Bars of Gold’s (members of Bear vs Shark) show on August 3rd at Valley Bar plus a copy of their new album Shelters on vinyl.  Click HERE to enter.

We’re sad to hear that our neighboring venue The Lunchbox is closing at the end of this month.  Their upcoming show with Mal Blum & Acne Superstar has been moved to The Rebel Lounge.  All tickets bought for the Lunchbox show will be honored at The Rebel Lounge show.

You can find the Facebook event HERE and purchase tickets HERE.

CLICK HERE to win a pair of tickets + SIGNED setlist to Bad Books live at Crescent Ballroom on August 20th!

We’re excited to announce the Phoenix Festival of the Arts on December 13-15.  Applications to perform at the festival of the arts are now open: 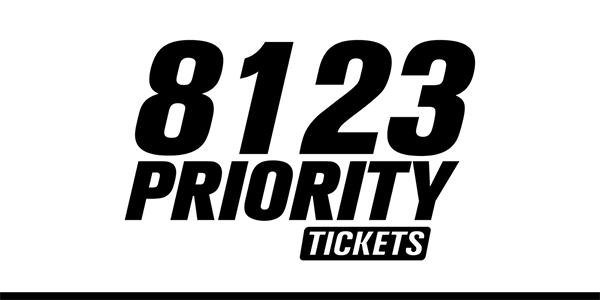 8123 is excited to announce the launch of ‘8123 Priority’. They wanted to create a way for fans to get tickets before scalpers or anyone else!

As you know, most bands launch pre-sale tickets with VIP Meet and Greets for their fans. Since this is against 8123’s philosophy, they have stayed away from most pre-sale ticketing.

8123 Priority Tickets is a way for them to get their most loyal fans tickets first and with special offers! When The Maine announce secret shows (Like the show on July 2nd at The Rebel Lounge), 8123 Priority members will be the first to know.

All you have to do is sign up here.

Public On Sale Friday June 21 at 10AM. [Click Here For Tickets]